I don’t know but I’ll find out 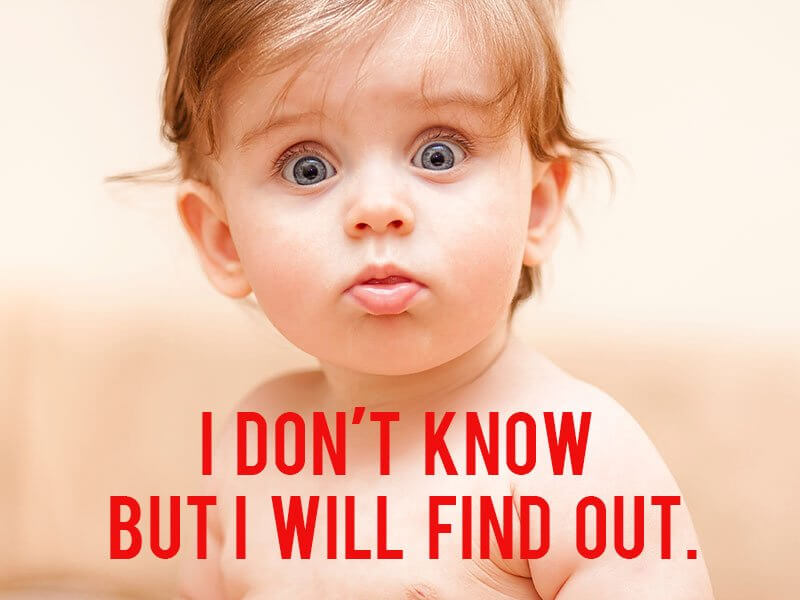 Economists Steven D. Levitt and Stephen J. Dubner (authors of Freakonomics) discard another popular theory in their latest book, ‘Think like a freak.’ I am sure that you’ve heard that Í love you’ are the three hardest words known to men and women. Now, the duo has collected empirical data to prove that Í don’t know’ are, in fact, the three most difficult words to utter.

In the light of this statement, they analyze, in their trademark tongue—in-cheek style, the most piercing and agonizing issues of urban human society. The undeniable finitude of human knowledge juxtaposed against the stubborn denial of our ignorance forms the basic plotline of this study. If I had to break it down further, I would say it meant that we pretend to know that which we don’t know.

In all its glorious irony, it is an amusing. But, there is a lesson for us here.

After all, ignorance is the first step to learning. Levitt and Dubner argue, rightly so, that a simple acceptance of what we don’t know may bring about a drastic but refreshing change in the way we operate.

Let’s take this story closer home. At the workplace, we often face situations that are beyond us. We don’t know what to do, but we are afraid to admit and we end up bluffing. We lie, we make up stories and we hope against hope that everything will be alright.

Unless Lady Luck is on your side permanently, this may not always work. Which brings us back to this insightful comment by Levitt and Dubner, ‘Ít isn’t only that we know less than we pretend about the outside world; we don’t even know ourselves that well.’ Case in point: ask anyone to rate their driving skills. Chances are that they will rate themselves better than the average driver.

In this 2012 commercial for New York-based Ally Bank, the noted Nobel Prize winning economist Thomas Sargent makes a very interesting point on the wisdom of ignorance.

Let’s be real, if everyone is busy being a know-it-all, there can be no room for mistakes and experiments, as a result, there can be no innovation. As technology changes the platforms we work on, and demographics redefine the nature of the workforce, it is essential to allow ignorance its rightful place. We cannot have creatively fulfilling workplaces unless we have more courage to accept ignorance as an integral part of us.

At BluEntCAD, we are making 2016 a year of learning. We will not be afraid to say Í don’t know’ because we know that we can always, always find out.

CAD Evangelist. (2016, January 13). I don’t know but I’ll find out. Retrieved from https://www.bluentcad.com/blog/i-dont-know-but-i-will-find-out/