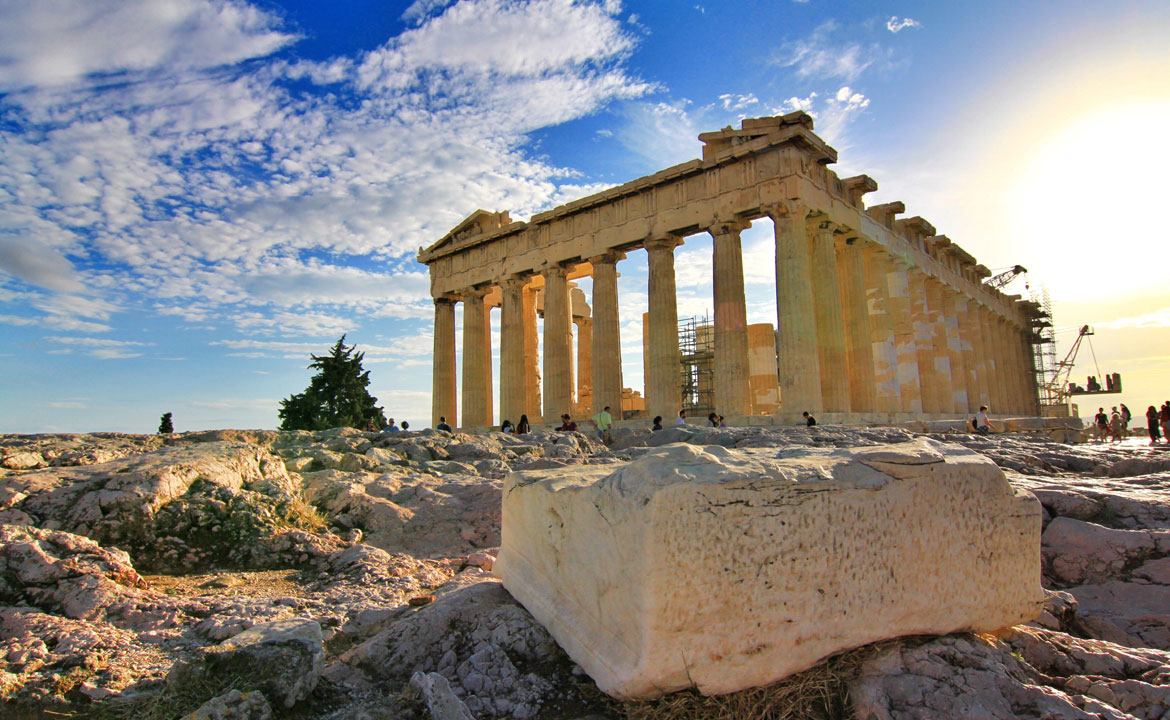 Undoubtedly one of the greatest architectural feats of its time is the magnificent structure of the Parthenon. Dating back to the 5th century B.C. this fascinating monument stands on a limestone foundation. Initially constructed as a shrine to honor the Greek goddess ‘Athena’ and later serving as a church dedicated to the ‘Virgin Mary’ this structure has stood the test of time surviving not just natural but man made devastation as well.

Its unique architecture is characterized by its splendid and creatively crafted pillars that define the perimeter of the structure. These pillars were ingeniously crafted with a slight bulge at the bottom to provide more durability. Apart from supporting the weight of the roof these pillars also depict the authentic beauty of ancient Greek sculpturing. Also, the floor of the temple forming at the top of the steps was designed in a parabolic fashion to drain the water out during rains.

Some creative illusions were also incorporated like a subtle bent on the top of the inner columns giving an impression that the columns are getting suppressed by the weight of the roof.

It is because of these unique features this beautiful historic monument stands out as an engineering marvel of its time. Despite the fact that erosion through natural elements continues to have its effects and heavy bombardment in 1687 nearly collapsed the entire building, Parthenon displays its durable strength by still standing tall.

The idea of construction of this amazing monument was conceived by ‘Pericles’ a very prominent and a compelling figure in the statesmanship of Athens. He hired ‘Iktinos’ and ‘Kallikrates’ the two most noted architects of their time for the design and construction of the building. The chief sculptor was ‘Pheidias’ who was assigned the task of decoration of the monument.

A deep study of this wondrous monument would reveal ingenious elements of design attributing to the creative genius of its builders. It is truly a remarkable structure that was way ahead of its time. Even though most of the original structure has been destroyed, yet the remains distinctly foretell the authentic character of its glorious past.