What is a Barndominium and How is it Different from a Barnhouse? 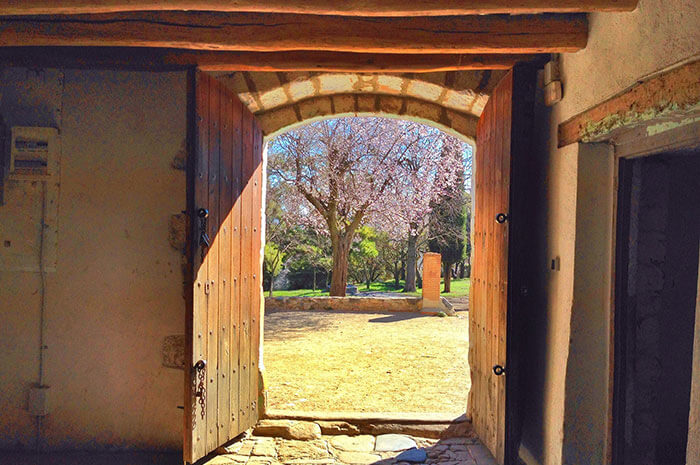 These modern spaces blend the rustic rural setting with the airiness of lofts, and may just be one of the next big home trends in the US. Considering that, you’ll need to know all about them to make your barndominium plans.

Introduction: What is a Barndominium?

The term barndominium is a combination of the words “barn” and “condominium”. Barndominiums (or “barndos”) are one of the fastest-growing trends in the US residential sector.

Barndominiums can be new constructions or converted barns, and are often made of metal. The combination of agrarian and modern designs creates an innovative and stylish living space.

The design combines a living area, often built around or above a larger open space that is used as a workshop, shed, barn, or for a hobby that requires extra space.

The popularity of barndominium plans has increased in recent years, largely due to its architectural appeal, relative affordability, and faster construction. Barndominium homes are especially popular as single-family homes, particularly in rural markets that are away from the coasts, such as Montana, Texas and Tennessee.

When Was the Barndominium First Created?

The concept of combining a barn with a home is not new.

For example, in Germany and the Netherlands, you have the Low German house, which is a kind of vernacular architecture and combines a barn, byre and living quarters. You can also take the example of some Mennonite and Amish communities in North America, who often combine workshops, barns and homes in single buildings.

However, the specific term “barndominium” seems to have surfaced in 1989. Various sources point to Karl Nilsen, who planned communities around their love of horses. For managing horses, Nilsen came up with the barndominium concept.

While his real-estate project never quite took off, the concept of a modern space for both animals and humans began to grow in popularity in the US. 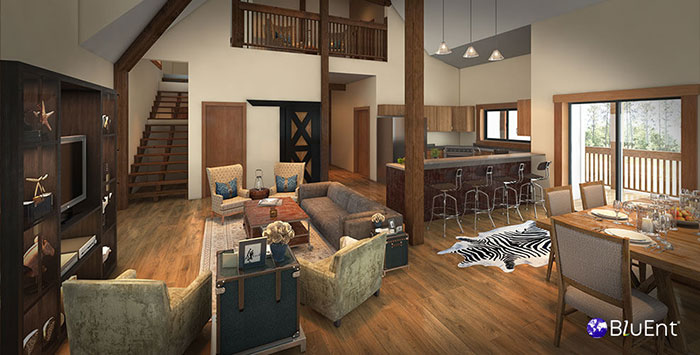 Interior rendering of an open floor plan by BluEntCAD

Before you get started on your barndominium plans, it’s important to know what barndos offer, so you know how to maximize their utility.

With a “traditional” barndo, of course, you could be living a horse-lover’s dream. However, there are more benefits worth noting.

One of the biggest advantages of barndominium homes is their relatively affordable building and maintenance costs.

Getting Down to Business: Barndominium Cost

The amount a barndo will cost you will depend on varying factors, such as location, materials, style, DIY, and so on. Having said that, the average cost lies between 95 and 125 USD per square foot. Hiring a general contractor means the cost will be closer to the latter.

By comparison, constructing a traditional home usually costs around 100 to 200 USD per square foot. A large section of this cost goes toward exterior framing and covering, as well as the roof.

Of course, instead of constructing a new barndominium, you could retrofit an existing barn into a home. Again, costs will vary significantly based on size, materials, and so on. On average, the total cost for a conversion would be around 30,000 USD.

And there you have it. A beginner’s guide to barndominium plans. What do you think? Would you live in a barndominium house? Let us know in the comments!

If you are planning on constructing barndos, you’re going to need architectural construction documents with a fast turnaround time. BluEntCAD provides drafting services to home builders, real estate developers, large architectural and engineering companies, and custom home designers. Browse our portfolio to see how we’ve helped companies like yours!

Ready to make your next construction project a success with drafting services? Contact us now!

CAD Evangelist. "What is a Barndominium and How is it Different from a Barnhouse?" CAD Evangelist, Sep. 02, 2022, https://www.bluentcad.com/blog/barndominium-plans/.

CAD Evangelist. (2022, September 02). What is a Barndominium and How is it Different from a Barnhouse?. Retrieved from https://www.bluentcad.com/blog/barndominium-plans/

CAD Evangelist. "What is a Barndominium and How is it Different from a Barnhouse?" CAD Evangelist https://www.bluentcad.com/blog/barndominium-plans/ (accessed September 02, 2022 ).