What is Dutch Baroque Architecture? 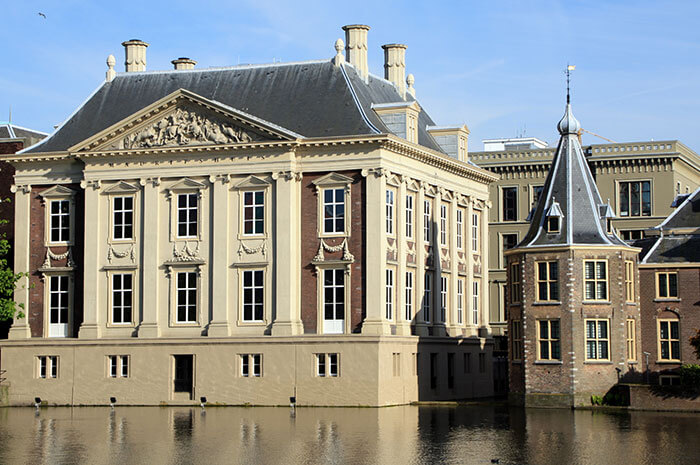 Mauritshuis. Originally posted to Flickr as Dutch parliament, The Hague. Author Rainer Ebert. Posted under CC BY-SA 2.0. No changes were made to this image.

The Dutch Baroque period saw the construction of distinctive palaces, churches and other buildings. Let’s take a closer look at what went into building them.

Ironically, it ended up being adopted by the Protestants. The Netherlands, then called the Dutch Republic, was one of those protestant countries. Note that Dutch Baroque also extended to the Netherland’s colonies.

Let’s rewind to Baroque architecture for a moment. “Baroque” itself is an art-historical term for the period from about 1600 to 1750. The word originated from the Portuguese ”Barocco,” which refers to an irregular stone or pearl. It was first used by 18th century critics to describe the architecture and art of the past century, which they viewed as unusual, opulent, and irregular.

The Baroque architectural style began in Italy after the Renaissance, and was distinguished by ornamentation and a combination of various arts.

The extravagance of the Dutch Baroque style was made possible by the immense wealth that the Dutch had accumulated from sugar plantations, the trans-Atlantic slave trade, and imports of the West India Company.

Some examples of the Dutch Baroque style include:

Note that the Dutch Republic was one of the great powers of the 17th century and its architecture had an influence on other European nations. For instance, Dutch architects were employed for various projects in Russia, Scandinavia and Germany.

The architecture of the Dutch Republic was intended to reflect republican and democratic values. It did this by drawing inspiration from classical antiquity. As such, many Dutch architects took references from Italian architect Andrea Palladio.

They also found inspiration in Hendrick de Keyser’sdesigns. De Keyser helped establish a Venetian-influenced style via buildings such as Westerkerk and Noorderkerk.

Generally, architecture in the Low Countries (that is, the Netherlands, Belgium and Luxembourg), remained rather invested in the forms of the northern Italian Renaissance. Other key exponents of the 17th century were Pieter Post and Jacob van Campen, who adopted de Keyser’s style.

Dutch Baroque architecture cannot be done justice in a short article, but we hope we have given you an insight into this gorgeous style.

It may be a relic of the past, but your next construction project doesn’t have to be. With BluEntCAD’s 3D rendering services, you’ll be able to attract investors, wow clients, and ensure that your project ends up the way it was intended. Whether it’s interior rendering, exterior rendering, an architectural walkthrough, or an interactive floor plan, we’ve got you covered.

We serve home builders, real estate developer, interior designers, architects, design build contractors and remodelers. Browse our past projects here. Ready to make your next project as incredible as the Dutch Baroque style? Contact us today!