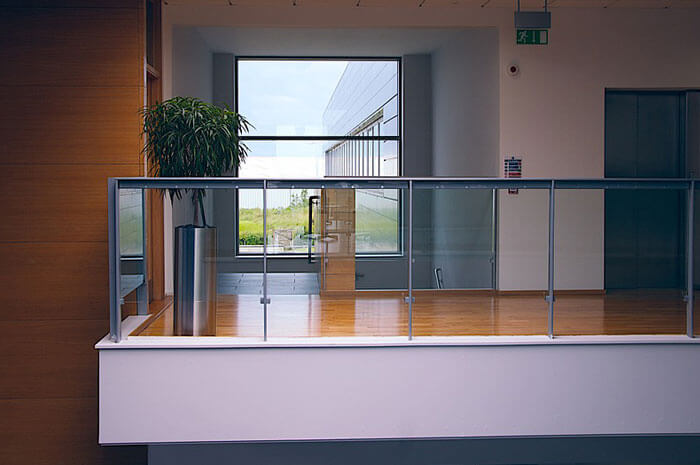 What did Leonardo Da Vinci, Marcus Aurelius, Albert Einstein, and Steve Jobs have in common?

They were devout minimalists.

Minimalism is a dominant interior décor trend today. From Jane Siberry to Robert Pattinson, many people have decided to de-clutter the space around them.

Minimalism does away with lavish style while retaining good design. A descendant of the Bauhaus Movement, minimalism has spread through both living spaces and offices. And, as with any other construction project, planning a minimalistic house begins with minimalist Interior construction drawings.

Interior construction drawings for the minimalist – The thought process

The Bauhaus Movement acted as a substitute for the excessive ornamentation that had seeped into architecture and interior décor at the time, often undermining the form and function of objects and structures. Bauhaus led to the coining of the term ‘form follows function’ – meaning that the design should be based on the function and not on its aesthetic appeal alone. 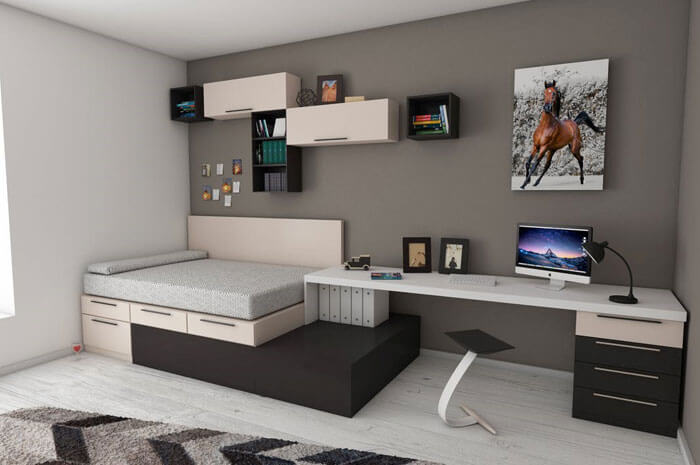 Modern minimalistic architecture considers a simple question, for all designs and intents – how much can be stripped away from a building, painting, sculpture, or furniture without dissolving its essential identity and purpose?

Minimalist architecture is characterized by one word – simplicity. It reduces the building to its most rudimentary form, essence, and function. This stands true for minimalist house plans and minimalist house interiors.

So, what does minimalist house architecture comprise?

Minimalist houses have functional layouts arranged purposefully along simple geometric spaces. The rooms can be spacious or compact. The idea behind such a practice is to create “clean” spaces that evoke tranquility and a sense of order.

Some of the most distinctive features of minimalist house drawings include open floor plans, modest storage designs, minimal interior walls, and emphasis on exterior views and daylight. You will often not find formal sitting rooms, libraries, walk-in closets, or dining rooms, because many minimalistic floor plans lack “redundant” spaces. Instead, the open expanses are kept flexible for varied purposes. Who built the first minimalist home?

Philip Johnson is credited with designing the first minimalist house in history. It was built in 1949. This glasshouse did not have any complicated exits and entrances, but just a glass façade. A flat roof was supported by simple steel posts and the floor plan was open to natural daylight for flooding the interior. Only the washrooms had walls, leaving enough breathable room for habitable spaces and furniture. 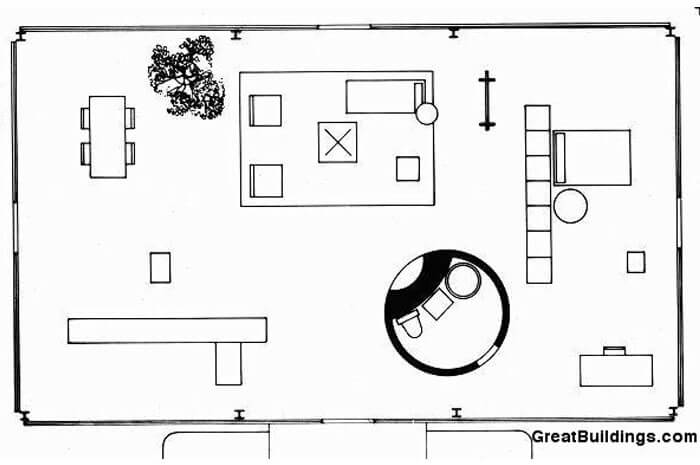 There are numerous examples of minimalism in modern architecture, one of the most notable ones being the IBM Plaza or the AMA Plaza in Chicago. It was built by Ludwig Mies van der Rohe in the 20th century. The Grangegorman House of the 21st century, designed by ODOS Architects, is another great example of minimalist designs and their beauty. The De Stijl artists used only primary colors and limited their designs to rectangles, squares, and vertical and horizontal lines. Today’s designers, however, experiment with richer palettes and complex shapes, yet conform to clean, simple geometries and high-contrast colors that highlight mood and ambiance. If you’re looking for some inspiration, here are some ideas for you to consider:

Here are some ideas for you to consider: A double story, three-bedroom house in Texas by Pavonetti Architecture Some of these examples have been customized to suit client requirements, but the basic features such as open spaces, fewer interior walls, and modest storage spaces are identical throughout. When you look for Interior construction drawings and details for interiors of a minimalistic space, make sure to work with an experienced team like BluEntCAD.

Let the colors speak for you

If you’re on your way to becoming a minimalist, sprucing up your place with a rich color palette is as important as decluttering. To some people, minimalistic houses seem like empty boxes rather than habitable spaces. Add colors to uplift the ambiance of your space. Go with a scheme of two or three colors for your walls and furniture. Light up your room with a myriad of colorful frames and add accent pillows to your couches. It is an inexpensive way to add personality to your space.

Before buying storage containers, understand and make a note of your requirements. Combine aesthetics and function in your space. Larger sideboards look sophisticated and are handy storage spaces.

Go for multi-functional storage. For example, a bed that doubles as a couch for two people; or an ottoman with storage to put away toys. A lift-up coffee table is another good idea to keep your place spacious and habitable. Don’t shy away from experimenting. It’s your space, after all!

Playing with textures and layers

Mix and match the wall color palette with contrasting rugs, tapestries, drapes, and furniture to add more dimension and character to your space. You can also use simple décor items that remind you of nature; floral wallpapers and flowerpots create an airy and carefree ambiance, for example. If you are new to the practice, try going with the flow. Talk to others from the minimalist community. You can also read online to get inspired. And, as always, BluEntCAD’s experts are here to help you in planning your interior construction documents for your new minimalist home.

Hey Shaik, thanks for appreciating it.

Hello, Yuri!
We really appreciate your input. Thank you for taking the time to let us know! We will look over the article and change it accordingly.
In the meantime, if there is any topic you would like us to cover or if you have any other comments or suggestions for us, please do feel free to let us know.