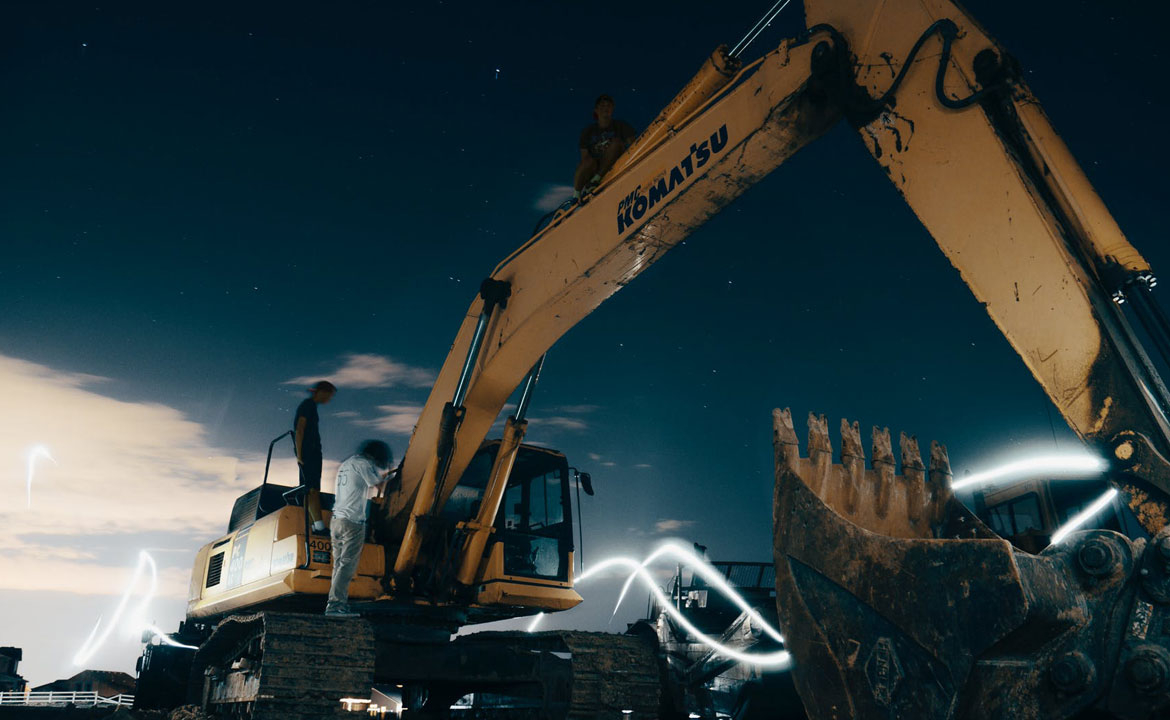 Industry commentators point out that the younger generation is adapted to and prepared only digital automation tools. Therefore, there is an increased tendency to switch to software-operating methodology. Traditionally, the AEC industry has shied away from the extensive use of technology and has remained puritanical in its stance towards modern means. Have we arrived at a point in history when this is no longer a choice?

Demographic dividends create a further imbalance in the system, pushing practitioners towards an unknown stream of engineering beyond the immediate. The cloud has completely changed the way the industry operates and functions. What, then, of the older ways?

Should one let go?

Meet SAM, a Semi-Automated Mason or robotic brick-laying machine developed by Construction Robotics. Joining the bandwagon is TyBot, an autonomous rebar-tying robot developed by Advanced Construction Robotics, to augment and reduce labor needs for rebar-tying projects. Then, Hadrian X, a robotic arm made by Fast Brick Robotics that can lay 1,000-plus standard bricks per hour.

JCB, Caterpillar and Volvo are expected to launch autonomous construction vehicles soon. Nvidia is in collaboration with Ikea to develop the first commercially successful robotic kitchen assistant. Will disruption for disruption’s sake lead to an unexpected paradigm shift? Let the market decide.

The design of knowing

Much of debate and discussion revolves around the nature and impact of artificial design. Naysayers and proponents agree that the future is unknown, and the end is, certainly, always near.

2019 is the year when streams of knowledge meet the ocean of power. Connections and symbols are clear to the intelligent mind. The human race has created a subject race. Time will tell if these workers will live up to the task.

Cartesian coordinates and parametric design, modeled in CAD, convert structures, such as walls, into metadata for each brick and its corresponding coordinates. Patterns are created from the metadata and an algorithm determines how to lay the bricks within the pattern.

In 2005, Mark Pivac, the creator of, used his background in aeronautics, mechanical engineering, robotics, and mathematics to develop the Dynamic Stabilization Technology (DST). DST enables accurate positioning of blocks over large distances in a 3D space, counteracting the effects of wind, vibration, and other environmental factors to keep the blocks at their precise location.

This stability allows Hadrian X to be mounted onto other bases – including barges, boats, cranes, and tracks – and to be used for bricklaying in other sites.

Pundits say that the general increase in automation and robotics has created a need for the C-suite to make room for a new role – the chief robotics officer. Truly, one such must have drank from many cups before finding this spring. Creative construction, currently, requires a person to have mastered lateral thinking, especially with the shifting sands of taxation and policy decisions.

As the least automated of all sectors, one needs to look at the innovations within logistics and energy. With more skilled workers planning their exit strategy in the next five years, it is important to bring in a workforce that remains cognizant of the old and prepared to take on the new.

A few of the frontrunners are introducing digital interfaces for construction equipment to sensitize young people. So far, reports are mixed.

Robots could perform the most dangerous and strenuous jobs on building sites, preventing injury and loss of life. Industry experts continue to agree that there is work suited for humans and work meant for robots.

The idea that humans will be replaced by robotic technology is largely based on fear and insecurity. The role of humans is positioned to evolve as technology widens its scope and level of contribution. In the meantime, the design of robotic learning systems will be enhanced to understand, act on, and pass information within ‘swarms’ or a chain of robots.

Education, too, must step up its game to match the demands of the workforce. As policy makers collide on a variety of issues, the hope is that the houses of tomorrow will be built on solid rock.