The Amazing Evolution of the Architecture of Gas Stations 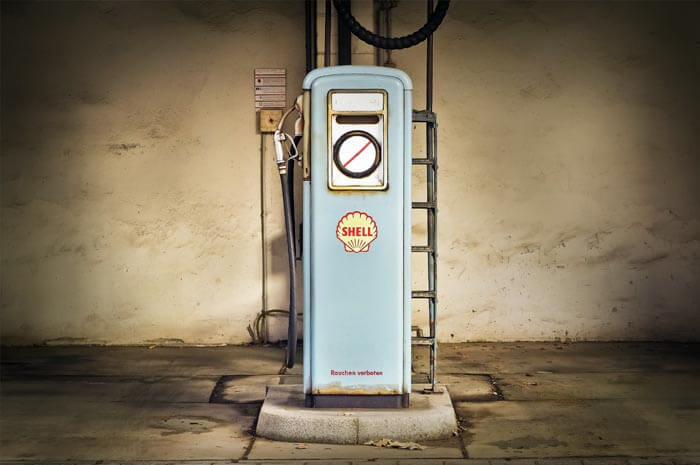 If you thought gas stations were just dull, monotonous brick and mortar structures, think again. According to Helen Jones, an architectural historian, the architecture of gas stations has a wonderful aesthetic quietude about them.

Per Jones, petrol stations are the ultimate modern architectural buildings. They might appear unappealing to regular passersby but their architectural evolution extends far beyond the rudimentary columns, roof and shop.

There are over 100,000 petrol stations in the States but rarely turn the heads of cultural or architectural historians.

This is all the more depressing, because petrol stations undergo frequent transformations. Almost all the sites are owned by major oil companies and they revamp the architecture every decade or so. 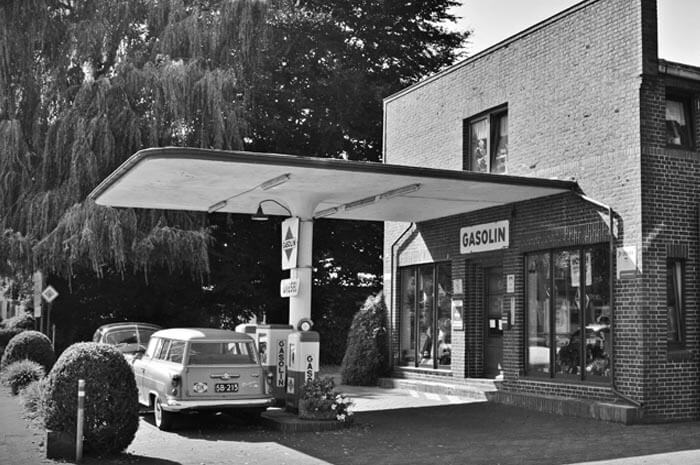 Over the years, the typical American gas station architecture has seen its fair share of brutalist, Art Deco, modernist, minimalist and futurist designs. Take a look for yourself.

The world gets its first drive-in gas station in 1913

The building architecture was complete with the distinctive canopy and spacious rows of dedicated fuel pumps. 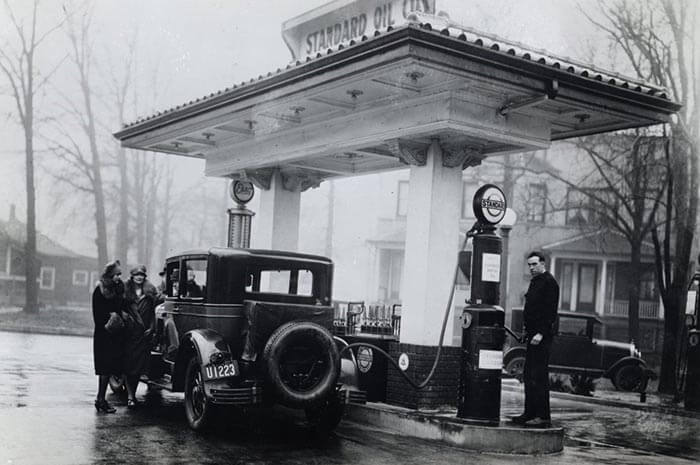 1938 brought affordable automobiles to the affluent. Of course, the service stations had to match up to the game.

And what speaks better architectural expression than glamour? Take a look at this Fiat Tagliero station in the African country of Eritrea. Futurist design at the heart of Africa. Not too shabby! 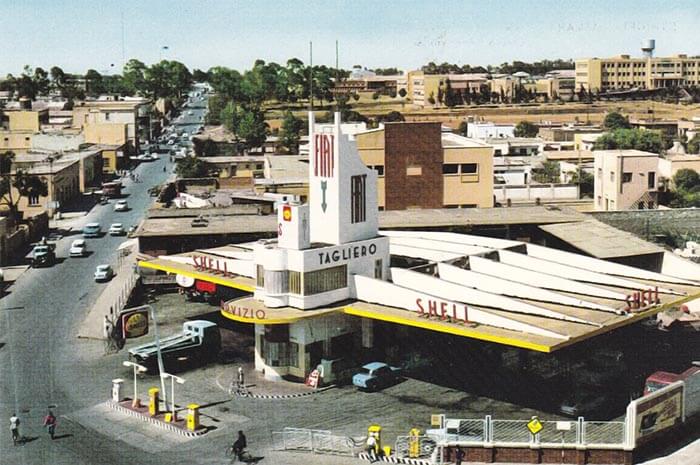 Perhaps the most emphatic contribution to modern day fuel station designs was by the Mobil employee Eliot Noyes.

He is attributed to over 20,000 gas filling buildings all around the world. They are characterized by refined designs and compact spaces. 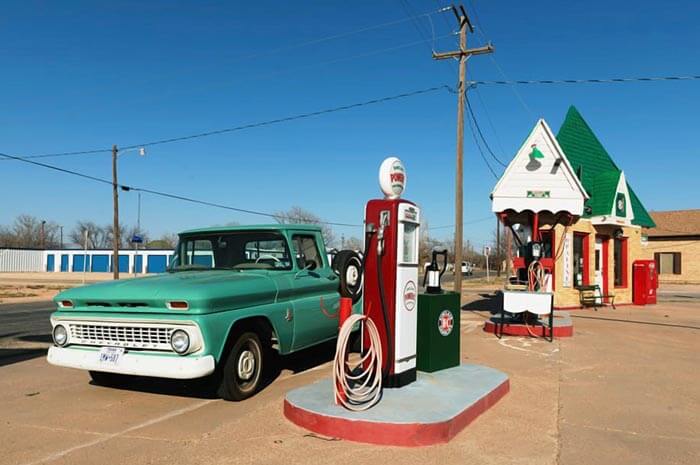 Prior to this, the petrol stations were built in a more eclectic fashion with simple pumps being installed outside houses.

Rather than being a corporate monopoly, petrol stations were more of a domestic entrepreneurialism.

Their design was characterized by multifarious ad-hoc structures such as cottages, sheds, stables and outhouses which were wonderfully decorated with logos and commercial signs.

Evolution over the years

Instead of the traditional design, they created inverted pyramid canopy. These canopies are done in corporate colors and accentuate the Repsol trademark. 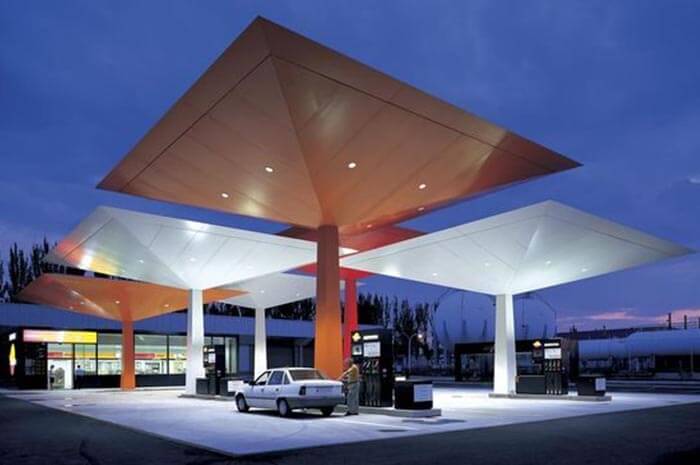 Here are some more eye-candies for your enjoyment! The architecture of gas stations is really something incredible, huh? 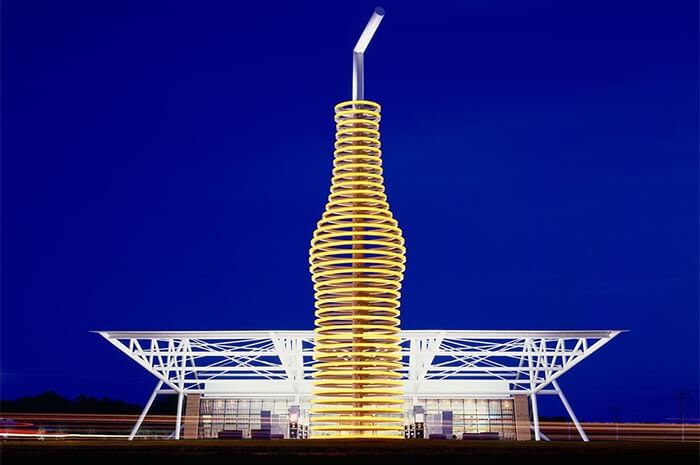 Designed by Elliott & Associates, the gas station has a 66ft soda bottle in the front. Built on the iconic Route 66, the towering bottle glows with neon LEDs during the night, acting as a beacon to light the highway! 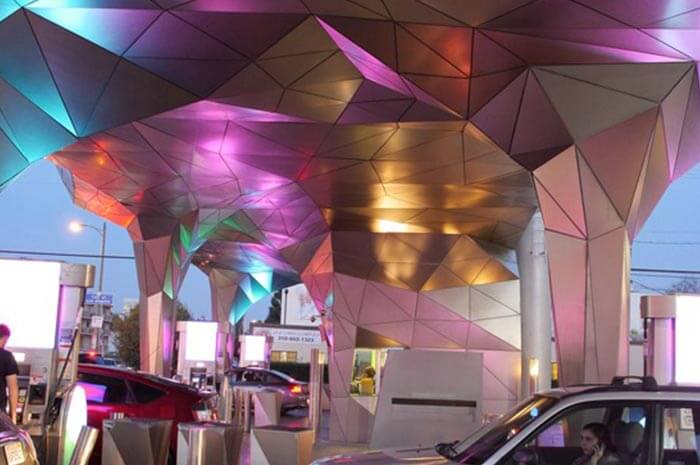 Perhaps the world’s first green gas fuel station, the building was completed in 2007 over the remnants of an eco-unfriendly gas station.

The spectacular roof of the station is constructed with a series of triangles built of recycled stainless steel. The canopy is drought tolerant and can collect rainwater for farm irrigation. The petrol station has 90 solar panels too.

So the next time you stop for gas, step back to look beyond the simplistic building and take in the history of this not-so-ugly construction.

And if you’re at a party, we’re pretty sure no one else will have knowledge of the architecture of gas stations, so put it to use and impress the other guests.

If you ever need some working drawings for them, do let BluEntCAD know. We’re happy to help!

CAD Evangelist. (2017, November 23). The Amazing Evolution of the Architecture of Gas Stations. Retrieved from https://www.bluentcad.com/blog/architecture-of-gas-stations/