The Golden Era of Millwork 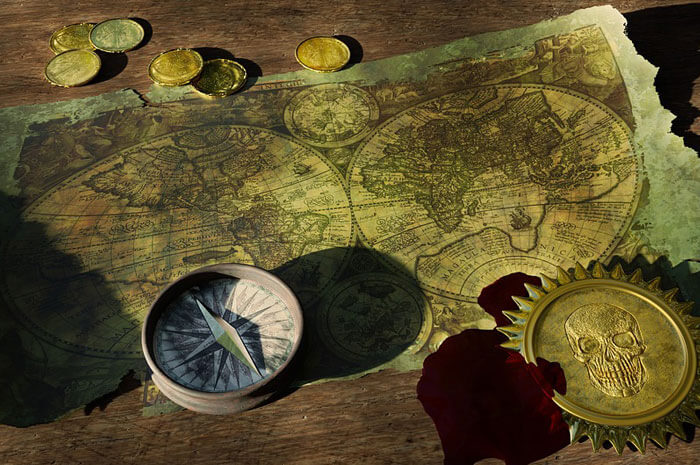 In today’s Knowledge Series, we shed light on the Golden Era of millwork. Buckle up for a cruise down memory lane!

Towards the end of the 1600s, architects from western Europe decided to travel to what are modern-day Greece and Italy to explore their ancient architecture.

The idea was to transform the prevailing stone structures into the beginning of woodworking and wooden architectural style.

Over time, these styles evolved into the modern-day millwork that we come across every day.

Millwork gets its name from the practice of creating functional elements out of wood in woodworking shops or ‘mills’. Before the Industrial Revolution, little or no machinery was involved and nearly everything was hand-crafted.

Millwork forms an integral element of the decorative space in a house – carrying its theme. What was the Golden Era of Millwork?

Since the beginning of construction and architecture, wood has remained an indispensable building element. Wood and woodwork have always lent their rustic  charm to buildings and construction sites.

Millwork reached its pinnacle during the late 1800s and early 1900s. It is this period of 1880-1910 that is often referred to as the Golden Era of Millwork.

During the Golden Age, virtually everything from flooring to paneling to window frames was built from wood. A rising population created a demand for more residential spaces and offices, which led to the explosion of the millwork industry.

Some other factors that contributed to this growth were:

What were the common architectural woodwork styles during the Golden Era that have continued to today?

The Golden Era saw a revival of Victorian, craftsman, colonial, prairie, and Spanish styles, and some glimpses of Tudor and fairy-style houses.

Let’s discuss some of these.

Victorian architecture is often seen as the cornerstone of British architecture. Such houses were elaborate, ornate and archetypal of British housing. The craftsman houses have a long history in America but again, they have their origins in Britain.

During the 19th century, Britain was undergoing the Industrial Revolution and because of mass production, original handcrafted products lost their value. In protest, the British Arts and Crafts Movement was created for reclaiming the dignity and worth of handcrafted products.

Born out of the movement, craftsman style homes were original, simple and built out of local & natural materials. A sample of craftsman house style from early 1900s

Perhaps the most understated and classic style in architectural history is the Colonial Revival. Colonial-style architecture was stately and distinguished. These substantial homes declared that their owners had traditional values and they were conformists of conventions.

In the 1890s, colonial revival architecture was everywhere. It remains popular to this day because of its timeless designs. The Prairie-style home emerged in Chicago in around 1900 from the work of a couple of young architects, including Frank Lloyd Wright. Wright’s furniture was made with oak and was minimalist – without elaborate carvings. Robie House, designed by Wright, is perhaps the most well-known example of this style. Old Spanish style homes were born as a result of the Panama-California Expansion and were inspired by the architecture found during the Spanish colonization of North and South America. The style is popular even today.

The Spanish Revival style is eclectic and exotic. Mediterranean nuances are added to create harmony among elements with influences from Spanish Baroque, Gothic and Moorish elements.

Some of its definitive elements include:

The respective elements of these styles were not exclusive and one can see several overlaps and local variations across the country. During the Golden Age, the millwork produced was standardized and catalogs came into popularity.

When did the millwork catalogs come to be?

Millwork as it exists can be roughly segregated into two eras.

What is First Era Millwork?

Millwork catalogs were obscure before the Civil War and this era is referred to as the First Era of Millwork.

Ideas were inspired by Pattern Books, which were essentially illustrated essays discussing the principles of design produced by veterans like Asher Benjamin. The Pattern Books intended to teach design skills but did not provide designing elements or complete millwork profiles.

After the Civil War, however, the millwork production was reduced to a handful of companies. To ensure uniformity among products and in an attempt to understand the taste of the customers, the producers decided to standardize their production process.

Which ushered in the subsequent second era.

What is Second Era Millwork?

Millwork produced after the Civil War and before World War II was standardized under a nationwide distribution system with universal standard profiles, uniform documentation and comprehensive, wide distribution.

This is Second Era Millwork. The first proprietary millwork catalogs were issued in the 1870s.

Knowing which period your house comes from is crucial for you to have a better chance to find affordable reproduction for your property. What is the state of present-day millwork?

The millwork industry is not dependent solely on wood. With enhanced techniques and machinery, elements such as glasses, decorative coatings, polishes, and fasteners have all found a place in modern millwork. Cutting edge technology has made it possible to develop creative designs with precision and accuracy.

Modern millwork elements are not limited to entryways, doors, and windows. They can be fitted in hotels, receptions, lobbies, casinos and tournament stadiums as cabinetry, wall panels, fire rated glasses, metal doors and frames, desks, custom solid surfaces, wainscots and custom built-in elements such as bookshelves.

That being said, the designers who educate themselves on classical architecture can apply historic practices to contemporary design.

With BluEntCAD– Millwork shop drawings service you can take your ideas and bring them to life with just the right mix of modern and classic.