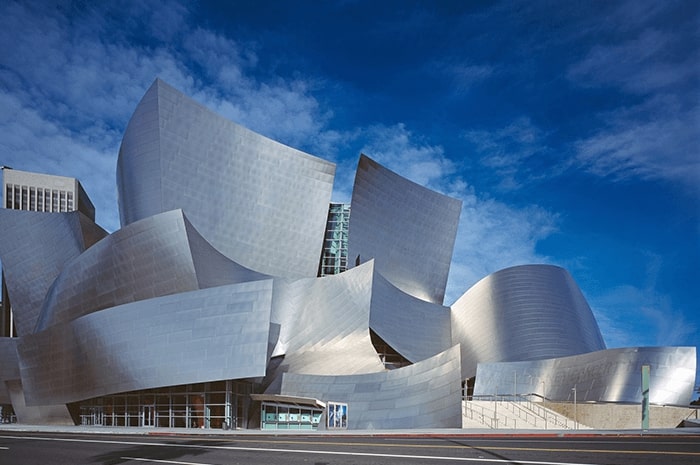 You may have heard of architectural styles such as Dutch baroque, Victorian, Colonial, and Tudor. But have you heard of international style architecture?

If you’re looking to build a commercial or civic structure that is clean and minimalist, then the international architectural style might be for you.

With this article, you’ll get a better idea of what this style entails, so you can construct it properly with accurate interior and exterior rendering.

The international architectural style developed in the US and Europe in the 1920s and 1930s. It grew in popularity during the middle of the 20th century.

The term was coined in 1932 by Philip Johnson and Henry-Russell Hitchcock in an essay titled “The International Style: Architecture Since 1922”. This essay served as a companion book for an exhibition held at the Museum of Modern Art in New York.

The term “international style” can be confusing to some. Note that it was introduced by an American to characterize a style of European architecture, and later began to be applied generally to a wide range of contemporary structures. Many people just use the term as a shorthand for modern architecture.

This style sprung from three things that confronted architects in the late 1800s:

The combination of these three points led to the search for utilitarian and economical architecture that still maintained a good aesthetic sense.

In particular, the availability of mass-produced, cheap steel and iron, as well as a realization of their effectiveness in construction, led to the dwindling use of traditional masonry (brick and stone).

Hence, the foundation of the international style is that buildings’ appearance and form should spring naturally from their engineering and materials. There is often an element of austerity and discipline in this style. Some of the most influential architects of the international style include Walter Gropius, J.J.P. Oud, Ludwig Mies van der Rohe, Richard Neutra, and Le Corbusier.

In the 1930s and 1940s, the international architectural style spread from France and Germany to Scandinavia, Japan, Britain, and North and South America. It formed the basis of the skyscrapers in the US in the 1950s and 1960s, and eventually became a status symbol of progressiveness and corporate power.

The international style is sometimes considered “architecture of the machine age” and symbolizes modernism. It was one of the first architectural movements to be adopted across all inhabited continents.

It is known for the way it strips away ornamentation and blurs the lines between exterior and interior spaces, and is often referred to as “minimalist” architecture.

Here are some common characteristics of international style:

Examples of the International Architectural Style

Many buildings built between 1930 and 1950, including schools, show the influence of international style, including open floor plans and functionality. It was popular for residential design in Europe, but this was not the case in the US.

While wealthy connoisseurs commissioned architects to develop international style houses, the working class in the US did not embrace the style.

Here are some examples of structures built in the international architectural style:

Did the International Style Fall Out of Favor?

By the time the 1970s rolled around, some critics and architects had begun to dislike the limitations that came with the style.

The architecture that had once seemed cutting-edge and aesthetically pleasing now began to seem stale and formulaic – glass and metal “boxes”.

Once again, architects embarked on a journey of decoration and innovative design. They began to design more imaginative buildings that used both decoration and modern materials. Eventually, this style became known as postmodernist architecture.

We hope this article has given you an insight into this incredible architectural style. When it comes to commercial architecture, few styles could be more iconic.

If you are planning to embark on a construction project for commercial or civic buildings, you will need photorealistic 3D modeling and architectural walkthroughs.

Ready to make your next construction or renovation project a success with high-quality 3D rendering services? Contact us now!