How can you ensure that a customized product ends up being what your customer wants and not something that will get your company a one-star review on a public website?

3D product modeling is the answer. It is used not only in architecture and interior design, but also in product design, game design, manufacturing and animation.

However, it can be easy to become overwhelmed at the sheer number of software for product rendering available in the market. We’ve dug through the rubble and narrowed it down to the five best options.

Rising competition has put pressure on organizations to adopt 3D models and offer better, more accurate visualizations of their products. The market size for 3D rendering is expected to be valued at 9 billion USD by 2026, growing at a CAGR of 20% between 2020 and 2026.

3D rendering is used for everything from selling real estate to increasing hotel bookings. This is often done not just by producing accurate models, but by eliciting strong emotions in prospective consumers.

With that, let’s cover the top 3D product modeling software that will best suit your purposes.

In terms of great general 3D rendering software, we have already covered Revit, ArchiCAD, Maya, SketchUp, Lumion and Rhino 3D. We have also covered the best rendering tools for interior designers, including V-Ray, Blender and Maxwell.

Today, we’ll be showing you the pros and cons specifically of the top 3D modeling software. Note that there may be some overlap. For example, out of the ones we have already written about, Maya, Rhino 3D, and SolidWorks are also suited to product modeling and furniture rendering.

It is the top sculpting and modeling application to create organic forms, and even works well for hard-surface solid forms. It’s no wonder that it’s a popular choice for 3D printing action figures and other toys. 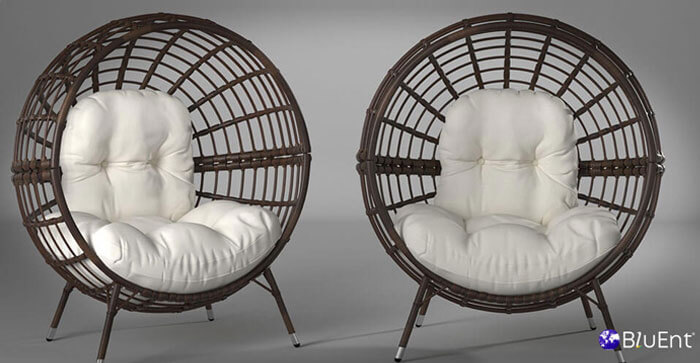 With a name like Houdini, you know this software’s going to work some magic.

SideFX’s Houdini has created a large range of 3D imagery spanning the CG and film industries. It is used by major animation studios such as Pixar, Disney, ILM and Sony Pictures Imageworks, and not just for small projects. Frozen, Rio and Fantasia 2000 all used Houdini.

It is no surprise, then, that Houdini comes with a vast range of features that will have you covered for every major area of 3D production.

Daz Studio is a free modeling tool that covers rendering, animation, posing, morphing, and texturing, with an emphasis on morphing. 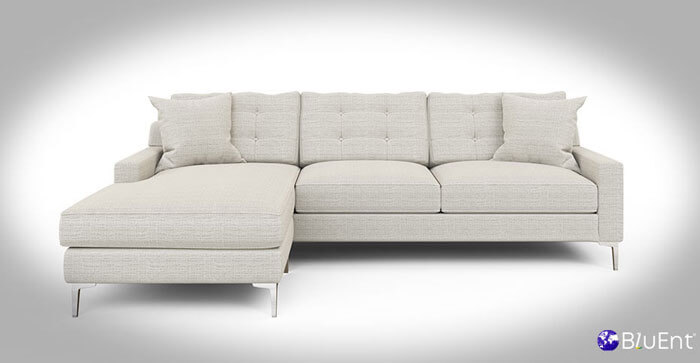 3D product rendering of a white sofa by BluEntCAD

Need to sell clothes? Marvelous Designer is possibly the best tool for developing photorealistic leather, fur and fabric textures and meshes. Even blockbuster movies and AAA video games use the CGI clothing made in this program.

Substance 3D is among the most detail-oriented and versatile platforms for 3D product modeling. It is reasonably priced considering the industry, and comes in two packages: 19.99 USD (3D Designer, 3D Painter and 3D Sampler) and 49.99 USD (all of the previous applications, plus 3D Stager). 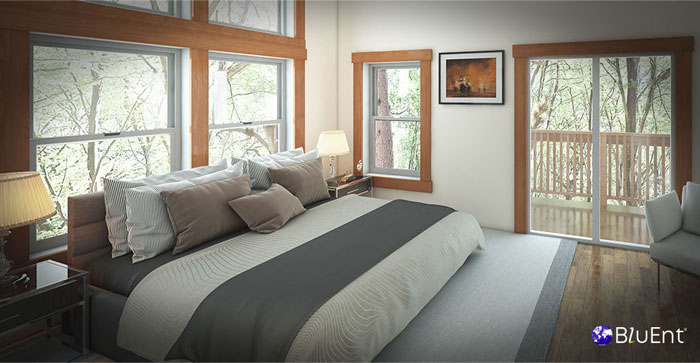 Interior rendering of bedroom by BluEntCAD

Ultimately, the best product rendering software for your company will depend on your goals and your budget. What do you think? Is there a modeling software you believe always tops the list? Let us know in the comments!

If you already know what kind of software would suit your project, the best thing to do would be to get professional 3D rendering services. BluEntCAD provides rendering services, including 3D furniture rendering and interactive walkthroughs and fly-throughs, to homebuilders, real estate developers, interior designers, architectural companies, renovators, design build contractors and remodelers.

Ready to take your business to the next level with 3D rendering services? Contact us now!