The Architecture of Relationships and Conflicts 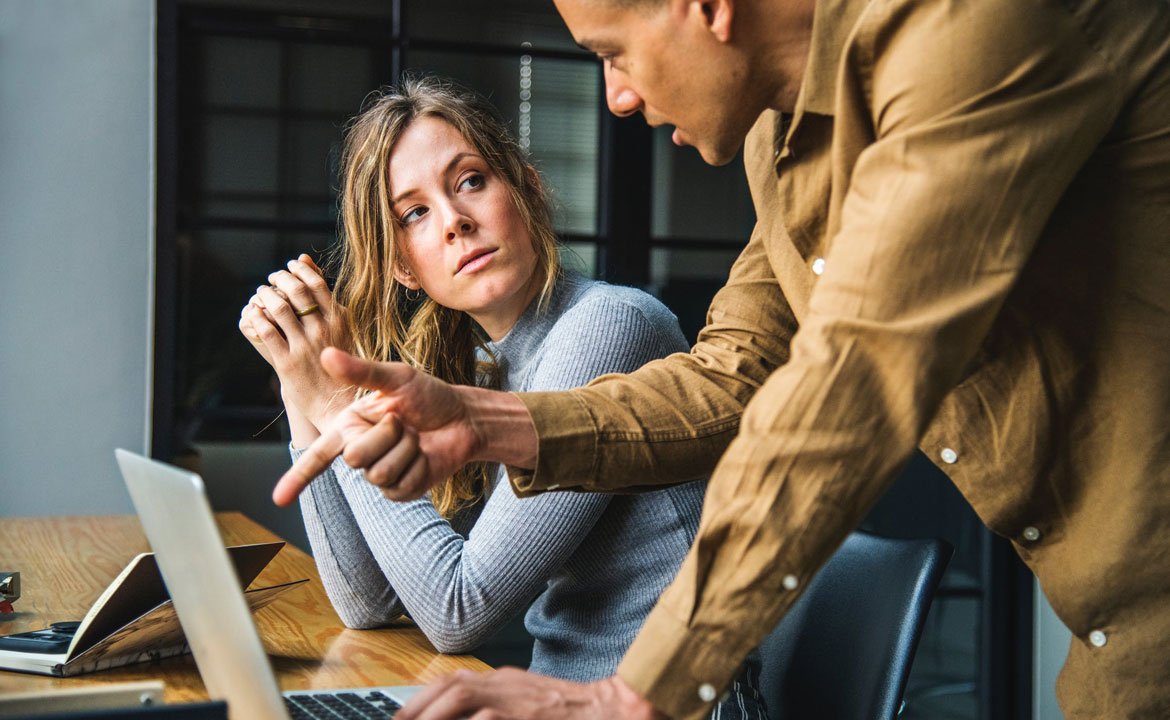 We may be able to predict the shape of the buildings but not exactly the things to come in the future. And the nonstop technology is nothing but a reality check for architects.

It has brought about a paradigm shift in the client-architect relationship. While the key to a client’s heart and (and not so genuinely dull) mind is fully automated now. The trick? Same, just ask the right questions!

As for now, this essential relationship dwells in the daunted emotions of unappreciated (architect) and uninformed (client). Perhaps like a banal, advanced version of speed dating: an infinite helix of optimum footage but minimal connection.

There has been a change in both the expectations and protocols around this contribution. And the verdict for all of us is “communication”.

The right to information and informative communication are the desirable ends of the string called monotony, the pity state, the territory of the witless. This string needs to be broken and both must win.

Clients of the present are eager for skills, insights, creativity, and leadership to be brought to the design and construction processes. But austerity and focus on cost have diminished trust in the value of architects’ work.

The disposition of clients will differ, and patience is the virtue. There will be clients rooting for you to succeed and then there will be people who will find ways to relegate the importance or obviate the need for an architect. A simple requirement! As architects, all we need is to grasp are the opportunities to cushion the perception of our worth. But how?

Upgrade and Update. The one thing that one can count on is themselves. Scanning the market, sifting through the data, patching the trends and speculating the clues will help to detect where opportunities lie. This process is important, a skill to be repaired, sharpened and balanced.

Pitching and Marketing. The key to turning the good in great is Judicious Selection. Potential opportunities, determining diversity, and casting an effective portfolio are marketing skills that architects must hone.

Master: Sail: Believe. Change is inevitable and good architects can adopt these ideologies tempering with just a pinch of pragmatism. However, the common courtesy must not be confused with flexibility. Challenges should be seen initially as opportunities for improvements and not threats. If they can’t be delivered within vision, then stand firm.

Abstract desires concrete solutions. Of course, an architect should challenge the brief, but to elicit angles that the client may not conceive without prompting. This is where value is first determined, and a wrong direction inevitably leads to value cost.

Where there is uncertainty, expectations are certain. The key is to listen, not just make assumptions or pre-assumptions. The best architects raise the bar and help clients understand what can be achieved within the cost and programmed constraints.

Ultimately, though, they deliver what the client wants, not what they think the client should want. Once the architect has interpreted the client’s needs, it is essential to communicate that back to the client (so they know you know) and then communicate the desired solution.

However, this process is becoming easier as the use of 3D visualization spreads, offering the potential for real-time, photo-realistic virtual walkthroughs of the emerging design. (see BluEnt 3D services). Whereas physical models will always be a sophisticated way to address a design.

Architects have many jobs to handle. Clients have just one – “trust”.

Allow an anecdote to unfold here. This is the story of a king who loved the sound of bells but was a little sensitive to noise. He asked his chief architect to construct a bell tower in the garden beside his sleeping chambers so that he could hear the pleasing sounds in the morning.

While the architect busied himself with the creation of the king’s dream, the king himself was deeply disturbed by the noise outside his bedchamber. He summoned his advisors and asked for an immediate solution. One of them suggested that they should build the tower with paper and tie the bells on strings. It would produce the same sound, they opined.

The chief architect was called for. As he stood before the king, his fear turned into disbelief as he heard that he was to construct the tower with paper and string. He bowed his head, and left the room.

The architect knew that the paper tower would jangle in the wind. The king would send for his head. He hurried home and spoke to his friend, Blue Barnacles. Blue Barnacles suggested that his friend should accept the challenge on one condition – the king should not look at the tower before it is complete.

The next morning, the chief architect was summoned to the court to present his plan. The architect said, “King, your wish shall be fulfilled. However, your humble servant has one condition. While the tower of your dreams is constructed, no royal eye should be cast in that direction.”

The day began. A worker dropped a sack of paper with a loud thud. The king rose from his slumber. As he swung his head around, eyes, heavy with sleep, he remembered that he was not to look in that direction.

This happened morning after morning for about three weeks. By this time, the king had forgotten all about the tower. In fact, when the prime minister announced that the tower would be unveiled the next week, he was mildly surprised.

As the king watched the finished tower, amid the chimes of a thousand bells, he thought to himself that the eye had the power to heal the body. He could not see the tower, therefore, in time, he could not hear it. He took the chief architect aside and thanked him profusely.

Despite a common goal, the differing perspectives of the architect and client might lead to a tense working relationship. Where there is conflict, there should be wisdom and humor. The client-architect relationship is a partnership that requires balance, creativity and intelligence. Both ends of the string must come together to tie the knot.

Note: The following observations have been majorly drawn from the findings as drawn by RIBA (Royal Institute of British Architects) in their report Client & Architect – developing the essential relationship.

CAD Evangelist. (2019, July 11). The Architecture of Relationships and Conflicts. Retrieved from https://www.bluentcad.com/blog/the-architecture-of-relationship-and-conflict/